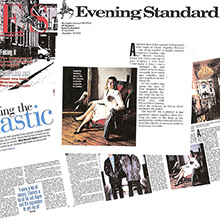 And the there is the unusual husband-and-wife team of Greek Angelica Kavouni - one of the handful of female cosmetic surgeons in London - and her French husband, Lucian Ion. Three years ago he gave Angelica a new nose. "I had hated it since I was a teenager" she says matter-of-factly. More unusually, three weeks ago, together, they gave Angelica's mother a facelift.

It's this mother who opens the door of their delightful West London garden flat. She looks like the living dead: symmetrical black eyes, with vicious black bruising above the eyebrows, as well as above and below the mouth.

"The facelift was a present to her grandson", smiles Angelica, while dandling her baby on her knee as she appraises her mother's bruised and battered face. Mother, it seems, is unable to reciprocate the smile. 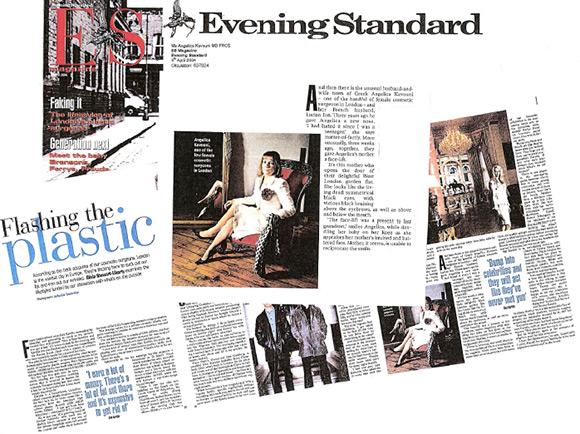