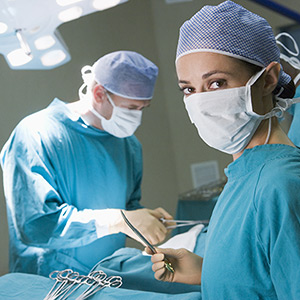 Degrees of labia minora (inner labia lips at the opening of the vagina) protuberance of course vary, but there seems to be a consensus among my patients that they do not want their inner labia to be visible alongside the outer labia. Outward genitalia appearance is only one of many reasons women come to for help - embarrassment whilst wearing tight trousers/leggings/beach wear, comfort during sporting activities such as horse riding and cycling and difficulty achieving penetration during sexual intercourse are equally pertinent.

Ultimately, protruding labia minora is caused by excess skin - the degree of which is variable. As with many areas of the body, excess skin can be surgically removed and in my opinion, the labia is no different. Being a sexual area however, the motives of those seeking labia rejuvenation are often misunderstood and misconstrued.

Feminists can become quite heated when discussing labiaplasty and of course they are entitled to their opinion. In my view it is a backward step to make women feel ashamed to ask for help. Thanks to the likes of this Telegraph piece, women have learnt that they can finally do something about their intimate anatomy and the increasing surgical numbers reflect its popularity.

Labiaplasty is not all about looking 'neat' and 'trimmed' - in my experience it's more about improving overall lifestyle and comfort. I'm thrilled that women are understanding they have a choice to change - and as long as a woman is seeking help for HERSELF and not others, then I am fully supportive.