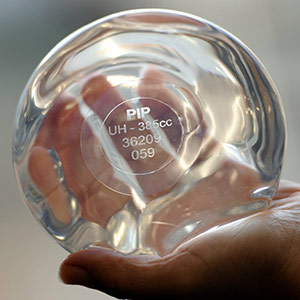 As PIP implant boss is jailed for 4 years my fear remains that this seemingly lenient sentence won’t deter other health scammers in the future.

PIP company boss Jean-Claude Mas has been sentenced to 4 years and given a 75,000 Euro fine, leaving many breast implant recipients feeling let down yet again. Many will feel that this punishment is too lenient and the worry remains that it won’t deter other health scammers in the future.

At the heart of this bad practice was the production of substandard PIP (Poly Implant Prostheses) implants for maximum profit. Cheap-to-manufacture weak shells encased potentially dangerous industrial-grade silicone constituted a low price tag that some practices found difficult to refuse.

Trusted implant manufacturers employ superior medical-grade silicone in a cohesive gel format, meaning that in the unlikely event of the rupture in the shell, it won’t seep into the bloodstream or surrounding tissue. The shells are also tested rigorously to ensure resistance to many types of trauma.

Many PIP recipients have come to me seeking suitable replacements and are understandably concerned about the long-term implications to their health. I reassure them as much as I can – considering there is still an element of the unknown – but at least I can reassure them that they appear to carry no cancer risk.

If these implants haven’t ruptured then the health risks are virtually zero, but if they have then I advise removal or exchange. Often, if a rupture has occurred, there are no symptoms but some women complain of pain and inflammation due to the formation of scar tissue which can distort the breast shape. Worryingly, silicone has also been found in their axillary lymph nodes.

What’s very telling is that none of these PIP implants were sold in the USA due to their stringent healthcare controls. Products need to pass all sorts of tough approval stages before they achieve the coveted FDA stamp and many fail this process. Sadly, no such system currently exists in Europe – the CE mark implies a manufacturing standard rather than a quality control, meaning manufacturers can substitute premium components with cheap, substandard replacements. As long as this is the case, PIP and similar scandals will continue to slip through the net.

My message to PIP recipients is not to panic; you are quite safe but you should consider exchanging them sooner rather than later.