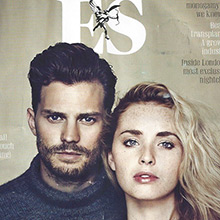 It's not just CEO types who go in for surgery, they are just as likely to be builders.

What is the first rule of having cosmetic surgery? You don‘t talk about cosmetic surgery. At least, that is, if you’re a red blooded male with a wispy, not-quite-there beard, desperate to fit in among the more hirsuite hipsters of Williamsburg and the wild wolves of Wall Street.

Over in New York, facial fair transplants have suddenly become all the rage, particularly among well-remunerated guys in their twenties who want to look like Ryan Gosling; and given how trends flash around the world these days, London, too is getting a whole lot hairier.

Williams and Reddy find themselves being asked to transplant hairs into sideburns, too, to disguise scars from cosmetic surgery such as facelifts, which can curve their way around in front of the ear. The very thought makes Angelica Kavouni wince. A cosmetic surgeon herself and married to another, she would never leave anyone with such visible reminders work; she tucks the incisions from a mid-facelift behind the ear and inside the targus, the blobby bit in the middle of the front of the ear. She is seeing a growing proportion of men coming for surgical and non-surgical consultations - about 30 per cent of her clientele.

Surgery is more acceptable, she says, thought it is still taboo in that nobody talks about it, particularly not men. What they want are procedures that make them look more awake and more vital.

That could be a surgical neck-lift, or chin fat removal, done with SmartLipo, a form of laser liposuction that’s good for small areas.

What men want is a quick fix without downtime, she says. One popular treatment is Liposonix, a type of non-surgical fat-busting that uses blasts of ultrasound energy to shatter fat cells beneath the skin, whose contents then leach out and are eliminated by the body, and which “definitely gives circumferential losses”, though it’s reputed to be pretty painful. Another procedure is skin-resurfacing with Fraxel lasers, which freshens up the face by softening wrinkles and getting rid of age spots. It does this by blasting thousands of minute holes in the skin, encouraging it to produce new, fresher, stronger skin cells from below, while the treated skin on the surface - which looks no worse than mild sunburn - flakes off. This is particularly popular with her younger, and often gay clients who approach the issue of looks-maintenance in the same way as women; while her other main group of male patients, the fifty-plus men, are more concerned about their baggy eyes and sagging necks, so request surgical lifting in those areas. It’s not just CEO types who come to see her either the men are just likely to be builders.